TECHNICAL DETAIL
THE STORY BEHIND

The region of Embu is located in the South Eastern foothills of Mount Kenya, the highest mountain in the country and second highest in Africa after Kilimanjaro. The extinct volcano forms the backdrop for much of the surrounding country, as well as contributing to the soil fertility and cool air which allows Kenyan coffees to develop such excellence in the cup.
Bordering Kirinyaga county to the west, Embu is one of Kenya’s traditional coffee growing regions.

Mwiria gets its name from a very large, very old indigenous tree which used to exist on the factory grounds. During colonial times, Mau Mau freedom fighters dug a huge hole inside this tree so that it could serve as a shelter and a hideout from their colonial opponents. During the grand opening of Mwiria factory, which was conducted by Jomo Kenyatta (the first president of Kenya and a freedom fighter, himself), Kenyatta named the factory ‘Mwiria’ or ‘Huge’ in Kikuyu. The factory has three permanent employees and brings in an additional 30 people during the peak of the harvest season. There are nine waste water soak pits, used for draining waste water from the pulping process. Napier grass and trees are planted around the pits to help purify the waste water.

Processing at the Mwiria wet mill adheres to stringent quality-driven methods. All coffee cherries are handpicked and are delivered to the mill the same day, where they undergo meticulous sorting. Factory employees oversee the process and any underripe or damaged cherries will not be accepted by the ‘Cherry Clerk’ – one of the most important harvest-period staff. 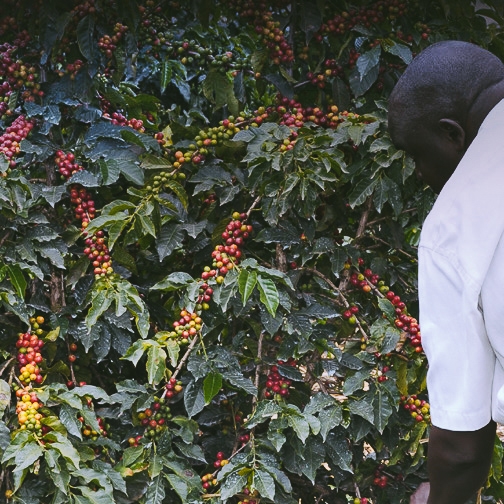 SL28 was bred by Scott Laboratories in 1931 from Tanganyika D.R, and has become very popular throughout Kenya and is recognised as a variety of exceptional cup quality. It has wide leaves with coppery tips. Beans are wide and productivity comparatively low. Though it is not substantiated that we can find, some sources claim that Scott Labs crossed mutations of French Mission, Mocha and Yemen Typica to produce the SL 28 variety. No matter the exact genetic composition, almost certainly their original goal was to create a plant with high quality, reasonable productivity and great drought resistance.

SL 34 is a mutation of French Mission, originating from the plantation of Loresho in Kabete, SL 34 has wide leaves with bronzy tips. It is widely grown throughout Kenya. SL 34 is valued for its high productivity in different climate conditions and great height ranges. It is also claimed to be resistant towards draught and strong rainfall.

Well-adapted for smallholders because of its rare combination of being a tall variety with disease resistance and resillience (e.g., can cope with low management and adverse environmental conditions). 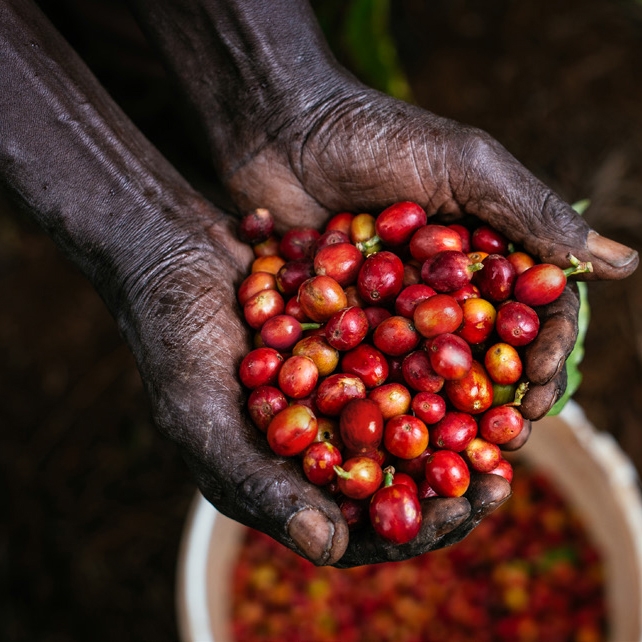 The fermentation helps to break down the mucilage making it easier to remove, but also helps to develop the mucilage’s latent fruit character, imparting some of that character into the coffee seed.In this first stage, the fermentation is allowed to continue until a large portion of the mucilage starts to separate from the seed. The coffee is the flushed from the tanks, into water channels where the agitation helps to rinse and remove the loose mucilage, stopping the fermenting process. Seeds that are low density ‘floaters’ are also scooped off at this stage of the process, one of many steps ensuring the consistent high quality of Kenyan coffee.

After the coffee has been cleaned, step one is repeated, soaking in a secondary fermentation tank for another 12 to 24 hours. This will restart the fermenting process but this time with less sugar and fruit material available. When this second stage is up, the coffee is once again run through water channels where any final residual mucilage is removed.Once the coffee has been separated, the various lots are moved into their own water tanks where the coffees are soaked for an additional 24 hours. Since the mucilage is has been completely removed, and the coffee is soaking in significantly more water, it’s assumed that enzymatic activity in the coffee increases in this soaking tank, resulting in a strengthening of the amino acids and proteins present in the coffees.

The soaked seeds are then taken out and placed on raised drying beds and spread to a depth of a couple of inches. The idea is to initially dry the coffee rapidly to drop the moisture content and reduce risk. After this initial fast drying period, the coffee is heaped into 6 inch deep mounds and moves into a longer, slower stretch of drying to encourage longer term green quality stably. Time on the raised beds can vary greatly dependant on temperature and weather but the coffee needs to be constantly turned during this period to achieve even drying. Once the moisture of the coffee reaches around 11-12%, this essentially concludes the processing of Kenyan coffee. They are finally dry hulled, graded and prepped for export. 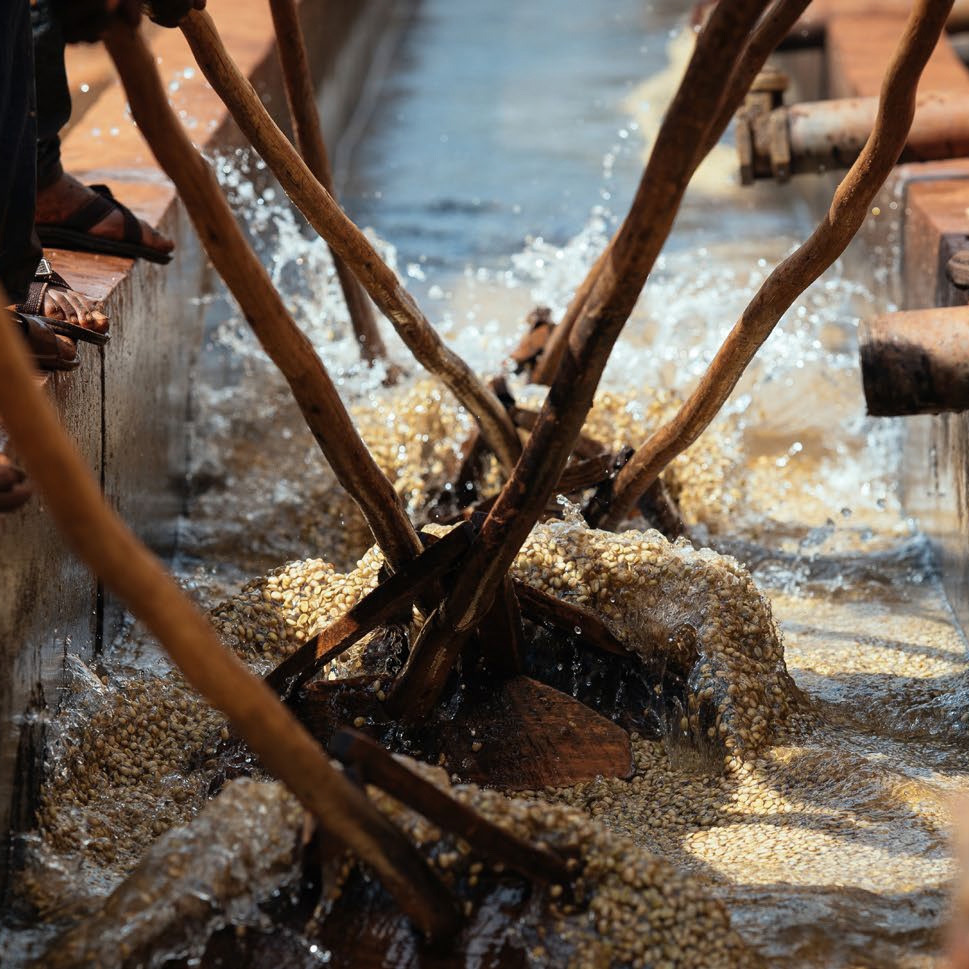